Paolo P. Provenzano is an Associate Professor (with tenure) in the Department of Biomedical Engineering and the Masonic Cancer Center at the University of Minnesota. He is the Director of the NCI U54 Center for Multiparametric Imaging of Tumor Immune Microenvironments (C-MITIE), project leader and executive committee member of the NCI-designated University of Minnesota Physical Sciences in Oncology Center (PSOC) and was also an American Cancer Society Research Scholar and a University of Minnesota Masonic Scholar.  Dr. Provenzano has a diverse background in mechanical engineering, biomedical engineering, and cell and molecular cancer biology and extensive expertise working at the interface of cancer biology and engineering

Prior to joining the University of Minnesota, Dr. Provenzano was a DOD-CDMRP Breast Cancer Research Program postdoctoral fellow at the University of Wisconsin where he helped pioneer the fields of cancer cell mechanobiology and live tumor optical imaging, and a Research Associate at the Fred Hutchinson cancer Research Center where he developed novel therapeutic strategies targeting key physical properties in tumors.

Ajay received his PhD in Biochemistry from the Indian Institute of Science (IISc), Bangalore and Master’s degrees in Biochemistry from Osmania University, Hyderabad. He joined the Provenzano lab in 2017. Before joining our group, he worked in the area of pancreatitis (University of Minnesota/University of Miami). His current research interests focus on understanding the molecular signaling and crosstalk between malignant cells and the supporting stromal cells in pancreatic cancer. He enjoys watching movies, traveling and cricket. 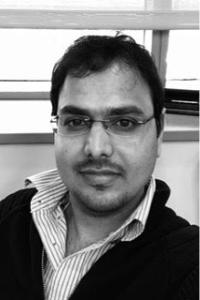 Guhan received his B.S. and M.S. degrees in Biomedical Engineering from Rensselaer Polytechnic Institute. His thesis focused on photon-counting CT image denoising with deep learning algorithms. He is currently enrolled in the Biomedical Engineering department at UMN as a graduate student working on various imaging techniques (multiphoton microscopy, FLIM, etc.) and data analysis methods to identify the inherently heterogeneous composition of the cancer microenvironment and understand the science behind T cell infiltration to optimize next-gen immune therapies to fight cancer. He also enjoys photography, hiking with Demi in national parks, classical music, and Star Wars. May the force be with him. 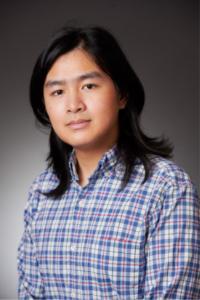 Hongrong “Demi” Zhang (she/her) graduated from Rensselaer Polytechnic Institute in 2019 with a B.S in Biomedical Engineering (BME) and received her M.S in BME from the University of Minnesota in 2021. Demi has worked on understanding the influence of aging on Osteoarthritis-related gene expression during her undergraduate study, and her results were presented in the 12th International Conference of the International Society for Hyaluronan Sciences. For her master’s study, Demi investigated the dynamic behavior of cytotoxic T lymphocytes in the pancreatic tumor microenvironment using two-photon excitation microscopy and live tumor-slices. Her current research focuses on determining the mechanisms of engineered T cells migratory behaviors to maximize T cell infiltration and movement in the tumor microenvironment to elicit better therapeutic outcomes. Demi is also an active member of the Science for All outreach program that aims to educate middle schoolers on the scientific methods in STEM fields using hands-on, hypothesis-drive experiments. Outside the lab, Demi enjoys hiking, especially in the national parks with Guhan, road trips, watching movies, and hanging out with her two beautiful kitties. 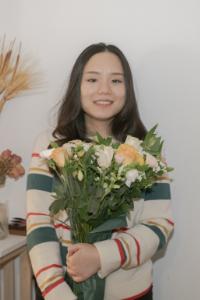 Jackie joined Provenzano lab in 2019 as an undergraduate student majoring in Biomedical Engineering and minoring in Biochemistry. His current research focus on “Pancreatic Ductal Adenocarinoma drug delivery treatment assay on KPC mouse model via ex vivo metastasis chip.” Alongside with his research, he also helps to perform genotyping for all the experimental mice in the lab. 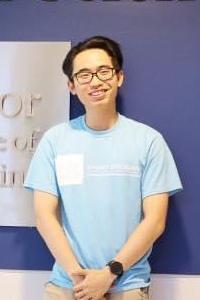 Jon received his B.S. in genetics, cell biology, and development from the U of M and then worked for several years in a lab in the Masonic Cancer Center before joining the Provenzano Lab in mid-2017. In addition to lab logistics, Jon assists in research aimed at understanding the involvement and dynamics of non-cancerous cells, for example immune system cells and stromal cells, in the tumor microenvironment of pancreatic cancer. 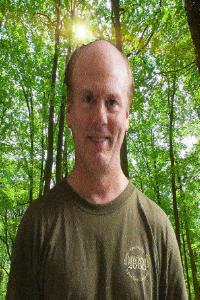 I am Placeholder Watermelon because I haven't sent Guhan my bios and photos!

Short Paragraph: Maggie joined the Provenzano lab in 2020-2021 as a Ph.D. student and is co-advised by Dr. David K. Wood in the Biomedical Engineering Department after completing her B.S. in Bioengineering at the University of California, Riverside. Her undergraduate research focused on Hedgehog and Hippo signaling in the gastrointestinal microenvironment. Currently, she is researching how breast cancer dormancy is influenced by macrophages in the tumor microenvironment. She was awarded the Creating Inclusive Cohorts Fellowship at the University of Minnesota when beginning her graduate studies and is highly passionate about DEI initiatives in BME and STEM. Outside of research, Maggie loves to experiment with recipes, visit cafes, relax with video games, and watch cat videos. 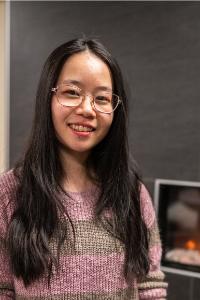 I am Placeholder Watermelon because I haven't sent Guhan my bios and photos!

I received my PhD in Veterinary Biomedical Sciences from Oklahoma State University. Before joining our group, my study in the Hormel Institute was to apply a novel method on breast cancer models for tracing tumor cell migration in mouse organs during metastasis. I developed the method in Lillehei Heart Institute to trace cell migration in the heart and skeletal muscles based on the secretion and assembly of mCheery - collagen I fusion protein in vivo. The idea was a result of my early studies in the University of North Carolina - Chapel Hill for the roles of PECAM-1 in inflammatory signaling and extracellular matrix assembly in vascular diseases. My current studies include the generation of engineered T cells that are able to enter tumor tissues efficiently and deeply in Dr. Moriarity lab, and  tracing cell migration in animal cancer models based on the secretion and assembly of fluorescence protein tagged collagens in our group. The long term goal is to develop effective cell therapies for cancer treatment. 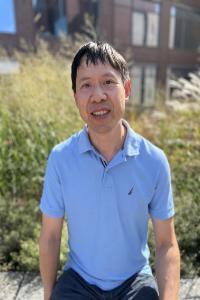 Next Position
Postdoctoral Fellow in Max Krummel's lab at UCSF

Next Position
Senior Engineer in Interventional Oncology at Boston Scientific